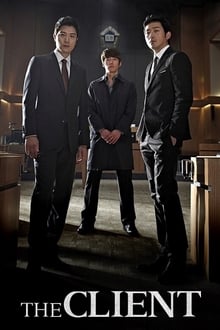 There have been a lot of online movies and online streaming videos that are good killers of times; they do take away one’s boringness and replace it with fun and excitement. But this movie named “The Client” takes the ice off them all. The movie is all about battles between law agents to have the soul of the perceived culprit of crime, and the mysterious circumstances surrounding the death of a woman.

This online movie is considered one of the biggest Korean movies streamed online. The online movie was majorly based on three heavyweight characters with Ha Jung-woo acting the role of defense attorney, Park Hee-soon acting as the case murder case prosecutor and Jang Hyuk acting as a defendant. The online movie quickly rises in its profile initially because of the star powers involved, but its edge cutting scenes thrills later sustained it. There are no boring moments during the film – you are will always be on the edge of the chair waiting for the next scene!

The first major character is the “client” Jang Hyuk who acted the role of Han Chul-min. He brought flowers, planning to share a good time with his wife on their wedding anniversary. But he was stunned to find his home with a lot of police. And when he got to his bedroom, he found his bed soaked in fresh blood presumed to be his wife’s. He was cuffed by the police and dragged off as the first suspect of the crime.

Ha Jung-woo acting the role of Sung-hee got caught up in a highly possible conspiracy surrounding the prosecution of Chul-min. The alarming haste of sweeping Chul-min case under the radar, the intentional hiding of CCTV footages that could prove another suspect in the case, the quick police intervention and the arrest of Chul-min within a short time rings caution bells in his head, and he intends to see it to the end that a just man doesn’t end up paying for what he had no hand in. There were other mysterious circumstances like the police overzealousness to nail Chul-min after the arrest of Chul-min for being a suspect of murdering his wife.

Park Hee-soon acting the role of Ahn Min-ho the prosecutor is head bent on sending Chul-min away, and he is going to do anything to make that possible. Was he driven by emotion or has an underlying reason for his perceived hatred for Chul-min? Streaming online will help solve that.

The file brought to Sung-hee by the investigator Jang Ho-won affirms that the body of the alleged murder woman was never found and that the police is yet to find a useful link to connect Chul-min to the murder of his wife and that the arrest is only based on circumstantial evidence. Chul-min who is a worker in a film laboratory no longer has fingerprints due to the heavy chemicals that erased it, and this further convinces the prosecutor of Chul-min involvement in the murder case.

The question is, is Chul-min a cold-blooded killer or just a victim of circumstances? Or was he set up by his or his wife’s adversaries? I guess you should find out by streaming online.